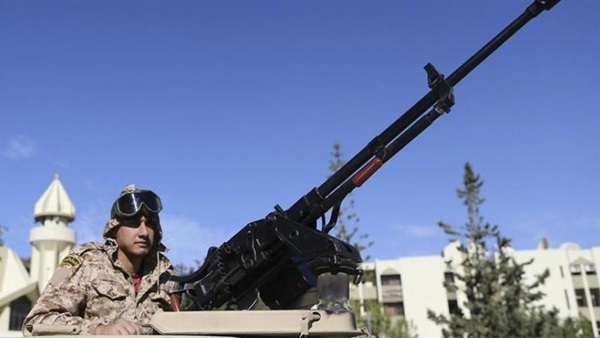 The city of Tarhuna, southeast of the Libyan capital Tripoli, is extremely important in the fighting between the Turkish mercenaries in Libya allied with the militias of Fayez al-Sarraj’s Government of National Accord (GNA) and the Libyan National Army (LNA) forces.

Tarhuna is witnessing a blockade preventing food supplies and medicines from entering, as food trucks are being targeted and people kidnapped, which prompted the city's tribal council to issue a statement declaring their rejection of the actions of the GNA militias in the city.

In a statement issued on Wednesday, May 20, the Tarhuna Tribes Youth Council condemned the bombing of the city by GNA forces, considering these actions a flagrant violation of human rights. The council stressed that it will increase its determination to continue the war against terrorism and that it holds the United Nations, the Security Council, and the countries supporting the GNA, especially Turkey and Qatar, responsible. It also called of the general command of the LNA to decisively resolve the battle and not to negotiate with those who brought colonialism to Libya.

The GNA is trying hard to control Tarhuna, which it considers the LNA’s center of operations in the country’s western region. The GNA militias recently attempted to storm the city, carrying out missile attacks with the support of Turkish drones against residential neighborhoods and even a school, although without leaving casualties.

The militias have committed crimes against the populations in the cities controlled by the GNA since the beginning of this month, especially the cities of Sabratha, Sorman and Ajaylat, under orders from takfirist leaders affiliated with al-Qaeda and the Brotherhood.

In a statement issued on Wednesday, May 20, the LNA said that the Turkish-backed GNA forces carried out attacks on Tarhuna using Grad rockets and Turkish battleships, all of which targeted civilian sites.

The statement added that Tarhuna city was bombed by more than 20 Locust missiles and strikes from Turkish battleships, which targeted residential neighborhoods and a school, while the GNA forces reported the destruction of air defense systems belonging to the LNA.

On Friday, May 22, the UN Support Mission in Libya warned the military build-up around Tarhuna against any reprisals against civilians.

The UN mission called for an immediate end to the military escalation, reminding all parties of their duties in accordance with international human rights and humanitarian law.

Tarhuna is a city loyal to the LNA, considering that its tribes reject the presence of the armed militias and the Turkish interference in Libya. In February 2020, the city hosted the National Forum of Libyan Tribes in support of the LNA. This was the largest gathering to take place in Libya’s modern history. More than a thousand representatives from Libya’s tribes and social components, including Arab, Tuareg, Toubou and Berber, participated in the forum, which was held for two days under the slogan "What unites us is more than what divides us."