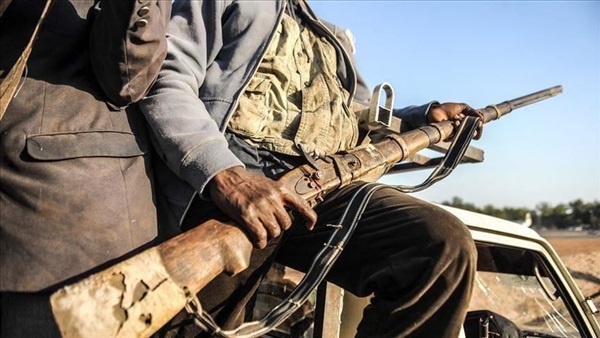 While most countries around the world have mobilized their medical, economic and military capabilities to combat that deadly corona virus, terrorist organizations like ISIS-affiliate Boko Haram, under the leadership of Abou Walid al-Sahraoui, continue to carry out terrorist attacks against the security services and civilians in Africa’s Sahel and Sahara region.

So far, Nigeria has recorded nearly 20 cases of infection and five deaths, and the first Mozambican citizen was found to be infected with the corona virus on Sunday, March 22. Both countries have been urged to increase their state of preparedness to confront the virus. While the local security and military forces of countries in the Sahel and Sahara region have been busy fighting this pandemic, the terrorist organizations saw this as an opportunity to carry out armed operations against civilians and the military.

On Wednesday, March 25, Boko Haram attacked a Nigerian army unit in the Lake Chad border area between Nigeria and Chad, killing 92 soldiers and wounding 47 others. At least 70 soldiers were killed in Nigeria’s Borno State a day earlier on March 24 after Boko Haram militants ambushed in the northeastern area of Konduga, which is witnessing a lot of activity by the ISIS branch.

Also on March 25, the ISIS branch claimed responsibility for an attack carried out in northern Mozambique near gas project sites worth $60 billion, which are being developed by companies including Exxon Mobil and Total. Dozens of soldiers and police officers were killed, and weapons, ammunition and equipment were seized.

In April 2019, Sahraoui received the blessing of former ISIS leader Abu Bakr al-Baghdadi, who was killed in October 2019, to lead a group that separated from Boko Haram in 2016 in the Sahel and Sahara region, declaring the establishment of the ISIS State of West Africa.

African affairs researcher Nasser Mamoun Issa told the Reference that Boko Haram is reviewing its terrorist capabilities to carry out painful attacks against countries in the Sahel-Sahara region, taking advantage of the current security preoccupation with the corona virus.

The researcher added in the African affairs, that the escalation of terrorist operations is expected, especially in light of the world’s focus in eliminating the Corona virus, pointing out that there is a fear among the regional forces, of the transmission of the virus to it, which made the opportunity for organizations to carry out their operations, because terrorism does not fear Corona virus, and that the basic doctrine of elements is death and killing.