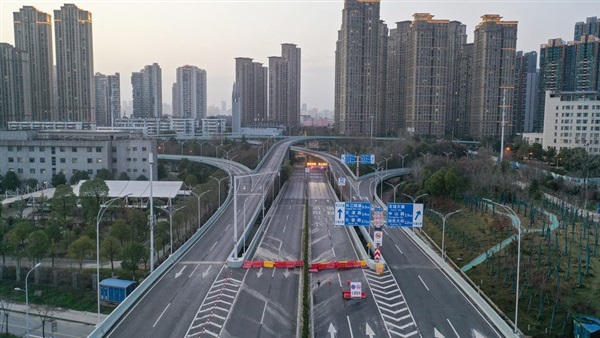 Before any other place in the world, Wuhan first suffered the invisible, brutal attack of the coronavirus. Some Wuhanese, worried about their health, with fear in their hearts, have stayed home. Others have already left us forever.

It is not an exaggeration to say that from early morning hours of January 23, when the lockdown in Wuhan began, life in my country was transformed. We endured the epidemic, being locked at home, receiving all kinds of bad news. We endured fear, anxiety and outrage.

After witnessing disasters in the past, I thought I was emotionally prepared. But nothing could prepare a person for this. Over the last two months, too many awful and horrifying things have happened. I and every other Wuhan resident have tried our best to endure it all.

Many people tried to post on social media about going about their daily lives. I think this was another way of trying to cope. Sometimes, to get through something you have to pretend like it is doesn’t exist.

Now that patience is being repaid. The lockdown on Wuhan has gradually begun to be lifted. But it’s not so easy to return from the dead. Our lives have been completely changed. Getting back to how it was requires facing yet more obstacles.

My first time leaving home since they began to lift the lockdown was 29 March. It was a cold spring day. But compared to the minus 10 degrees celsius temperatures before, this spring rain felt absolutely gentle.

Outside my home, there used to be a medical team stationed outside a hotel. I don’t know if they have left or not, but at the door of the hotel is now an encouraging poem.

On the road, I saw not a few people walking or cycling to work. Every so often a bus would pass by. Some of the metro has now reopened, even though there are still not many trains. People used to complain about the security check you have to go through to get on the metro, but now it there is a sense of familiarity in seeing them again.

Everyday, there have been people trying to escape their homes. As the city gradually began to lift the lockdown, some couldn’t wait any longer. One of my classmates took tons of photos of the East Lake. Others posted photos of their offices or even just deliveries of Starbucks and McDonalds. They are happy and see this as the beginning of our return to normal.

But the end of lockdown does not bring only joy. Some people feel really conflicted, like me. After staying home for two months, I have gotten used to teaching my classes online, to going out only very occasionally, the excessive quiet outside my window.

Stepping outside, seeing a city returning to life, hearing its noise again, feels strange. Some of my friends feel the same. On the one hand, they want to go back to normal life. On the other hand, is it difficult to change back so suddenly after adjusting to life under lockdown.

During the outbreak, we were allowed to go to the hospital every 10 days to bring food to my grandmother who had a stroke. When the epidemic was at its worst, we would always see ambulances at the entrance of the emergency room, medical personnel in yellow hazmat suits standing by. We often saw families weeping.

On the 29th, that hospital was very quiet. The only ambulance there was in the parking lot with the other cars. There were no more anxious families waiting outside the emergency wing. Outside grandma’s room, two or three medics walked by slowly, in no rush.

On the way home, we didn’t see many people but there were surprisingly many cars. I snuck out of the car and took a walk along the Wuchang River. The park was still deserted and weeds had grown over the walking paths. Still, there were a few other people there like me who were ignoring the cold, determined to come out and have a look around.

I saw a middle-aged man sitting motionless on the ground, his friend crouched next to him, trying to pull him up. Neither were wearing face masks. The scene reminded me of those early on in the outbreak when people would collapse on the street. Afraid of approaching them, people would just watch from far away.

I don’t know where this courage came from, but I went over, gave them the extra face masks I was carrying, and asked the man on the ground if he was not feeling well. The answer I received was not what I was expecting. It turned out that he had just broken up with his girlfriend. Apparently heartache had hit him harder than the epidemic.