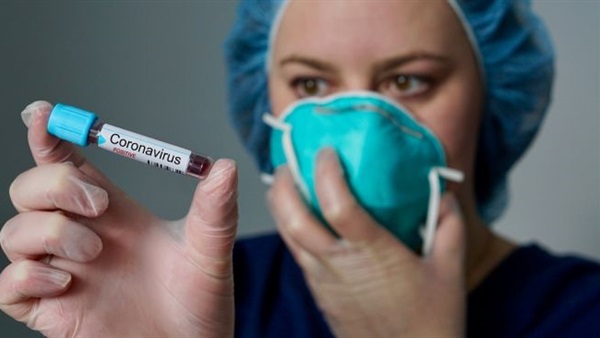 A “car crash” media appearance. A political “reset” already being challenged. A prime minister stuck in isolation. The beginnings of a bureaucratic blame game and increasingly open concerns about the route out of the coronavirus epidemic. And all in the opening weeks of a crisis that most experts believe will grip the nation for months.

This was the week when public pleas for national unity from ministers were accompanied by increasingly fraught exchanges in Whitehall, as ministers, scientific advisers and officials confronted the reality of an unprecedented emergency developing at incredible speed.

“It’s extraordinary how quickly things move and turn,” said one official. “There seems to be a narrative from some that there’s a fixed body of evidence on how to deal with things. It’s not like that. It sometimes feels like a game of whack-a-mole.”

Unfortunately for the government, the moment that its handling of the crisis came seriously under strain was broadcast live on television. Inside Whitehall, there is a good dose of sympathy with Alok Sharma, the softly spoken business secretary, whose vague answers at Wednesday’s press conference about the government’s virus testing strategy encapsulated an apparent refusal to be honest with the public. In reality, he was following government “lines to take” designed to talk in broad terms about testing being a priority and a desire to increase it. Yet unanswered questions over testing had built up to such a pitch that senior Tories were immediately aware that a breaking point had been reached. “It was a car crash,” said one. Another said: “This is what happens in a crisis. You get battered and buffeted, and you have to deal with it.”

The government’s handling of testing has become the case study in its struggle to communicate its strategy. Insiders concede that the apparent reluctance to explain bottlenecks and capacity issues was a mistake. This was addressed on Thursday, when health secretary Matt Hancock returned after a stint in self-isolation. With new frankness, Hancock conceded the scale of the challenge, admitted that mistakes would be made and set a clearer strategy and target for testing 100,000 a day by the end of the month.

In the developing blame game, fingers were pointing at Public Health England. While doing a good job in managing its in-house testing capacity, there was frustration at its slowness in co-opting private labs, as other countries have done. Greg Clark, the former cabinet minister and chair of the commons science and technology committee, has now formally written to PHE in order to scrutinise the thinking behind a centralised approach to testing that has been partly to blame for the slower rollout. “It seems to me that the fact we’re doing it now, and the fact that [chief scientific adviser] Patrick Vallance and Matt Hancock all say we would have preferred to have more testing, seems to me that was probably the wrong call to limit it to Public Health England labs,” said Clark.

Tensions appear to be aimed higher up Whitehall, with whispers taking aim at the grip of Sir Mark Sedwill, the cabinet secretary. Sidelined cabinet ministers are being blamed for the sniping. The political response is now largely in the hands of five ministers – the prime minister, cabinet office minister Michael Gove, chancellor Rishi Sunak, foreign secretary Dominic Raab, and Hancock. “There’s frustration from people in offices not really involved,” said one insider. “Crises also see a lot of old agendas come to the fore, too. The civil service has been excellent.”

An empty coronavirus testing site at Chessington World of Adventures

FacebookTwitterPinterest An empty coronavirus testing site at Chessington World of Adventures - government is aiming for 100,000 tests a day by the end of April. Photograph: Victoria Jones/PA

There are already concerns the new testing target cannot be met, as NHS lab staff complain that they do not have the stocks of kit required. Hancock’s allies know his decision to reset the testing policy means he now owns it. “It’s definitely a gamble,” said one.

Yet the political uncertainty over testing has been made even more complicated by disagreements between scientists– highly awkward for a government committed to following their advice. Some who fed into the government’s decision-making are frustrated by the focus on testing at this stage in the epidemic. “It would help, but it’s not the solution,” says John Edmunds, professor of infectious disease modelling at the London School of Hygiene and Tropical Medicine. “Everyone seems to think there’s some sort of nirvana that lies beyond just having lots of tests.” Indeed, other advisers had concluded that at this stage in the outbreak, mass testing is not the priority.

“We know that testing on a large scale is one of the ways out,” says an official. The “way out” is already the issue haunting the government. Studies of the health effects of a prolonged lockdown are under way. In the meantime, ministers are desperately hoping that a vaccine can be found and manufactured in record time – but six months is the best possible timeframe.

Amid the crisis management, government and opposition figures already believe a public inquiry is inevitable. The only question is timing. Sir Lawrence Freedman, the historian and member of the Chilcot inquiry into the Iraq war who has been taking a close interest in the coronavirus outbreak, says now is not the time to push for such an investigation – but that a proper account will be important. Will history be kind to those in power?

“When we did the Chilcot inquiry, people wanted some accountability,” he said. “Getting out a reliable account was the best thing we did. A proper account of what has happened is important. You can then draw lessons from the same knowledge base. You have to ask what is reasonable given what was known at the time, rather than what people think they knew. There’s a lot of hindsight at the moment.”