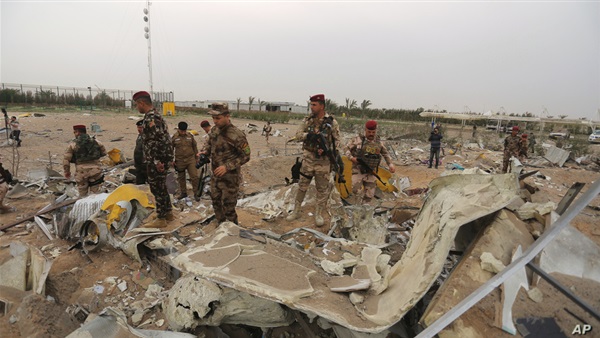 Despite unofficial figures about the number of coronavirus (COVID-19) positive cases in Syria reaching only 10, observers highly doubt these figures, especially that the virus is rapidly spreading in the neighboring countries.

Worse still, the majority of Syria lack basic health services, with an increased alert rate with armed Iranian-backed proxies and militias who keep flocking into the war-torn country.

Members of Iranian-backed militias continue to cross the border into Syria from Iraq despite international warnings of the virus and the need to stop the fighting in Syria to stop it from spreading.

The Iranian Revolutionary Guards (IRGC) admitted in Syria on March 13 that the virus had ended the life of an army general, along with five other IRGC members.

WHO spokesperson Christian Lindmeier has said the organization is extremely concerned about the possible effects COVID-19 might have on internally displaced persons in northwest Syria, who already lived in dire conditions.

Across Syria, only 64 percent of hospitals and 52 percent of primary health centers had been fully functional at the end of 2019, as many as 70 percent of medical professionals had left the country. The capacity of preparedness of the country for the pandemics was rated at two on a scale 1-5.

Only 64% of public hospitals are fully functioning in Syria and there is a considerable shortage of trained staff, according to the World Health Organization.

Also, there are also six million internally displaced people in Syria, many of whom are living in overcrowded conditions in camps with insufficient water and sanitation infrastructure.

Not to mention that around 70% of Syria’s medical cadres fled the country because of the armed conflicts, according to what was published on the official website of the United Nations, which deepens the severity of the crisis in the country.

According to a report by the Syria Observatory for Human Rights (SOHR),  medical sources in regime-controlled areas have confirmed that more than 260 cases have been quarantined in Damascus, Aleppo, Latakia, Tartus, Homs, Hama and Daraa, 94 of which were tested negative.

The death toll of coronavirus cases has risen to two, a women and a nurse, amid reports confirm the death of others as a result of the virus.  Meanwhile, Syrian regime keeps deliberately hiding the real cause of deaths by saying the cause of deaths is due to pneumonia.

Reports indicate that recently, the demand for purchasing various types of medical face masks by the citizens in the city of Aleppo and its surroundings have increased due to the state of panic over the presence of a large number of fighters recently coming from Iran.

This matter is expected to have major repercussions in Syria, as some media reports stated that Russia had ordered the Iranian militia to leave the cities of Khan Sheikhoun, Ma`rat al-Numan and Saraqib in Idlib countryside and prohibited them from entering the country due to the outbreak of the virus in Iran and the militants coming from it.