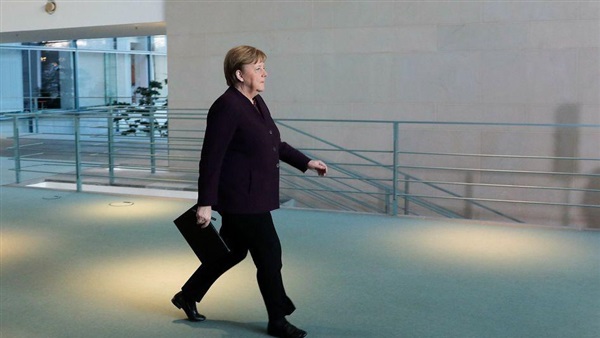 German Chancellor Angela Merkel left her Berlin home for the first time in almost two weeks on Friday, after she was forced into quarantine following contact with a COVID-19-infected doctor.

Merkel has returned to her office, where she will continue to observe social distancing rules and lead the country via video and audio conferencing, her spokesman Steffen Seibert said in Berlin.

The 65-year-old leader had been in self-isolation at her flat in the German capital's museum district.

She learned on March 22 that a doctor who gave her a vaccination two days before was infected with the virus.

Merkel was tested several times, with all tests coming back negative.

People who have come into contact with confirmed COVID-19 cases are generally advised to self-isolate for 14 days.

While in isolation, Merkel kept working and held government meetings via video link.

The chancellor's popularity has soared during the coronavirus crisis, with Germans impressed by her calm and measured response.

In a survey for public broadcaster ARD published Thursday, 64 percent of respondents said they were very satisfied or satisfied with Merkel's work -- her highest approval rating since federal elections in 2017.

By Friday, Germany had recorded almost 80,000 coronavirus cases and 1,017 deaths, according to the Robert Koch Institute for disease control.

"The spread of the virus is getting slower... it's working," he told reporters, while stressing that restrictions on public life "need to be maintained" and it was too early to hail victory.