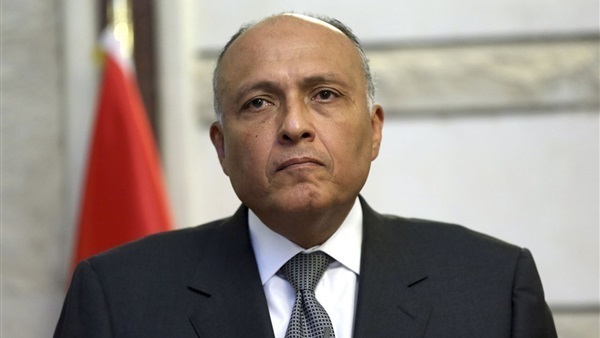 Egypt's Foreign Minister Sameh Shoukry has underlined the necessity of restoring the legitimacy of Libyan institutions, including the reconstitution of the Presidential Council.

In a speech during a Munich Security Conference (MSC) ministerial meeting for the international follow-up committee established by the Berlin Summit on Libya, Shoukry said the Libyan Presidential Council should be reconstituted to represent all sides of the Libyan people.

Shoukry warned of attempts by some movements to grasp control of a political committee meeting on 26 February, calling for a "firm stand" against such attempts.

"Such parties benefit from maintaining the existing conflict and are attempting to undermine any efforts aimed at reaching a peaceful solution to the crisis, to end the Libyan people's suffering," he said.

He praised Libyan parties partaking in the 5+5 military commission meetings in Geneva, affirming the importance of building on resolutions that followed Cairo-hosted meetings for Libyan military forces from various areas.

Shoukry affirmed Egypt's steadfast position on the Libyan crisis, including full keenness on ending the Libyan crisis through reaching a political resolution that paves the way to restoring peace and security.