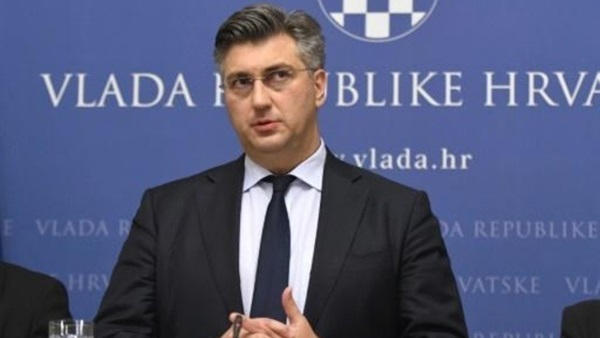 Croatian Prime Minister Andrej Plenković said in Munich on Saturday that he was satisfied that France's position on EU enlargement had "evolved" and that the prospect of the EU launching accession talks with North Macedonia and Albania was good.

Last year Paris blocked the launching of accession talks with the two Balkan countries, asking that before further EU enlargement the methodology of talks be changed and that Skopje and Tirana do more in the fight against corruption.

Nonetheless, French President Emmanuel Macron said at the Munich Security Conference 2020 on Saturday that he would support the launching of talks with North Macedonia and Albania if the European Commission gave a positive assessment of their progress in March.

Speaking to reporters on the margins of the Munich conference, Plenković said that "France's position has evolved".

"I do not expect France to block the opening of talks now that the methodology has been changed," he said.

"Additional talks are to be conducted with the other two countries (Denmark and the Netherlands) that had reservations and I think that we are heading in the right direction," said Plenković, whose country is chairing the EU in the first half of 2020.

Plenković expects that the EU will approve the launching of accession talks with North Macedonia and Albania before the EU-Western Balkan summit to be held in Zagreb on May 6-7.